Archive for the ‘Nissan NEWS’ Category 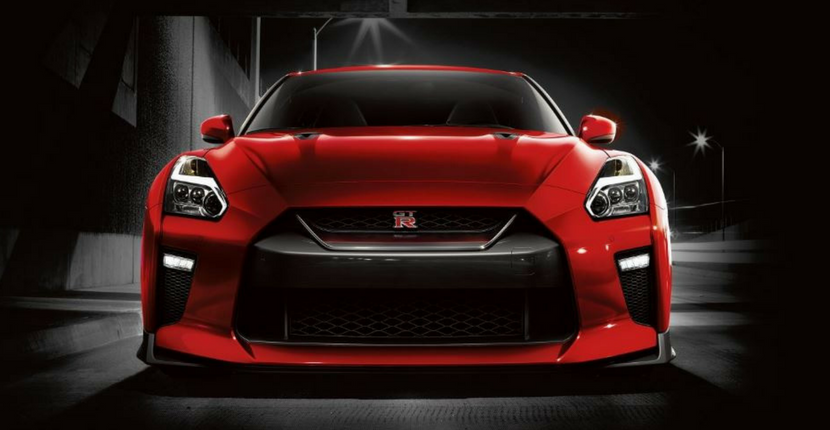 The Nissan GT-R, otherwise known as Godzilla, is a range-topping, supercar. This vehicle gives you intense power and performance, and it is perfect for those with a need for speed.

A new Nissan GT-R is in the works, and Alfonso Albaisa, Nissan’s Senior Vice President of Global Design says it will be the fastest sports car in the world. Unfortunately, we don’t have too many specifics yet because the designers haven’t really begun to make definite plans yet.

The Drive speculates about this upcoming vehicle, “We expect the next-generation Nissan GT-R to drop sometime in the early 2020s. Considering the current car makes 565 horsepower (or 600 in Nismo guise) and Albaisa’s grand claims, 700 horsepower sounds like a good minimum output for the R36.”

What else do we know about the upcoming GT-R? We know it will be intimidating and impressive. Learn more about Alfonso Albaisa’s thoughts below.

“It’s an animal; it has to be imposing and excessive,” says Albaisa. “Not in terms of its wings, but rather its visual mass, its presence, and its audacity. It doesn’t care what every other supercar in the world is doing; it simply says: ‘I’m a GT-R, I’m a brick, catch me.’ It’s the world’s fastest brick, really. And when I review sketches for the new car, I say that a lot: ‘Less wing, more brick.'”

The 2018 Nissan GT-R is an intensely powerful vehicle in its own right. This car gives you a 3.8-liter turbocharged V6 engine. This engine produces 565 horsepower and 467 pound-feet of torque. This vehicle was also built with impressive exterior design that sculpts the air. It has an aggressive look with large grille openings that allow cooling air, but also gives the vehicle a look of power. You also get Multi-LED headlights that give you a striking visual, and the circular taillights add an impressive touch.

If you are looking for a Nissan dealer near you, check out Woodfield Nissan. We have a great selection of new and used Nissan vehicles for you to choose from, and we are your nearest Nissan dealer. Stop in today and check out the great prices you can get on different Nissan vehicles like the Nissan Rogue, Nissan Altima and more. 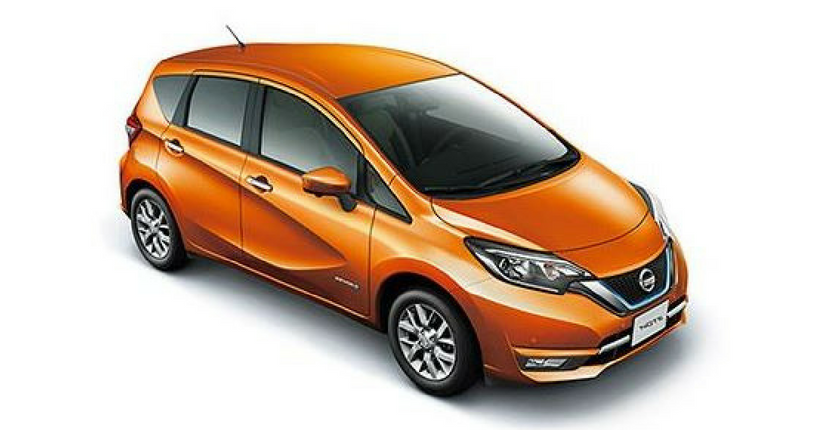 According to Forbes, “The Note e-Power is what the industry calls a “series hybrid” which means, for all intents and purposes, this car is an electric car in that it runs on an electric motor which drives the front wheels. But it also has a 1.2-liter 3-cylinder gasoline engine that acts solely as a generator to charge the batteries. The engine does not drive the wheels in any way, and for Japan, that is a new concept.”

The Note e-Power has a 40kW electric motor, but there is no plug-in feature like many hybrid vehicles. The gas engine is used only to generate electricity for the electric engine. This helps it produce more energy with less fuel.

The Note e-Power is currently only available in Japan, but this may be a vehicle that expands to other nations. What does Nissan have planned for the Note e-Power?

Electrive tells us “Nissan wants to extend the reach of their e-Power technology as used in the Note beyond Japan. First markets to benefit from the unusual hybrid are countries in south east Asia such as Thailand and others with weak charging infrastructure.”

Will the Note e-Power come to the United States? Nissan is looking to adapt its e-Power technology for vehicles in the US, so this could be something to look out for if you are interested in hybrid vehicles and electric vehicles.

Woodfield Nissan is a Nissan dealer near you, so stop by and see us today. We can help you find the car of your dreams. 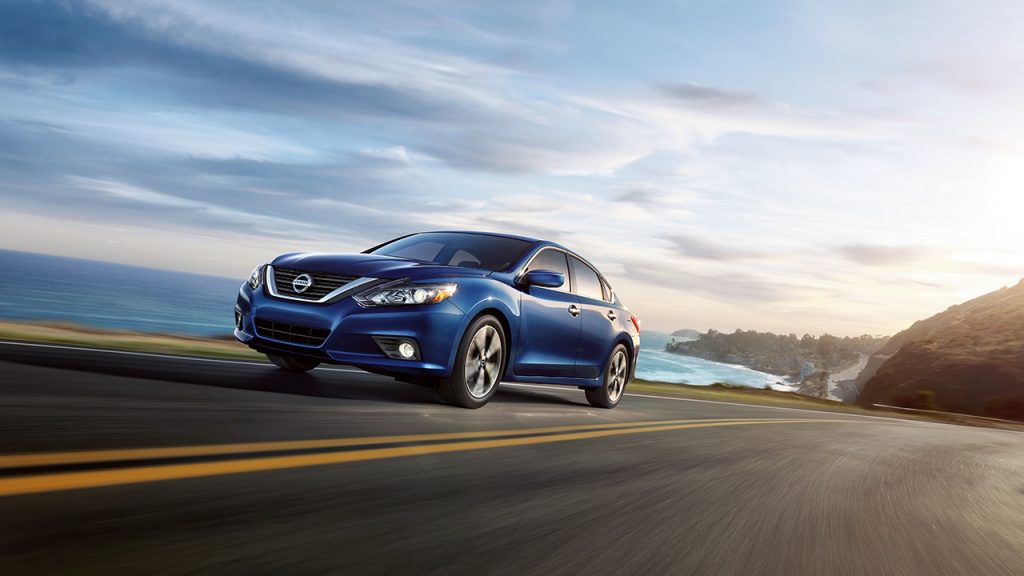 If you live in Hoffamn Estates and are considering purchasing a new car then you need to drive to Woodfield Nissan and drive the 2018 Altima off the lot. We have many makes and models to choose from with lots of exterior colors to make your new car all yours. This fine sedan has great safety features to keep you and your family safe. To read more click here or drive to Woodfield Nissan and talk to a salesperson about optional upgrades available.

Take a closer look at our inventory 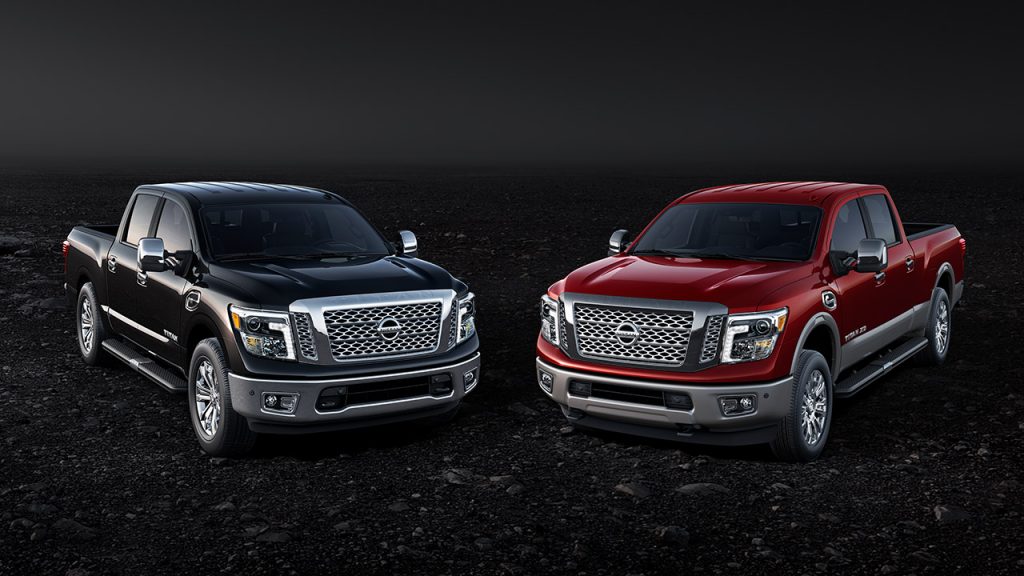 At Woodfield Nissan we know that you have many choices when shopping for a new or used vehicle and we appreciate you giving us a chance. Drive down and let one of our highly qualified sales people show you why we are the clear choice for all your vehicle buying needs. We have a large inventory with many makes and models to choose from. We can also arrange in house financing for you and will qualify you for the best rate possible. To read more click here or drive to Woodfield Nissan and talk to a salesperson about optional upgrades available. 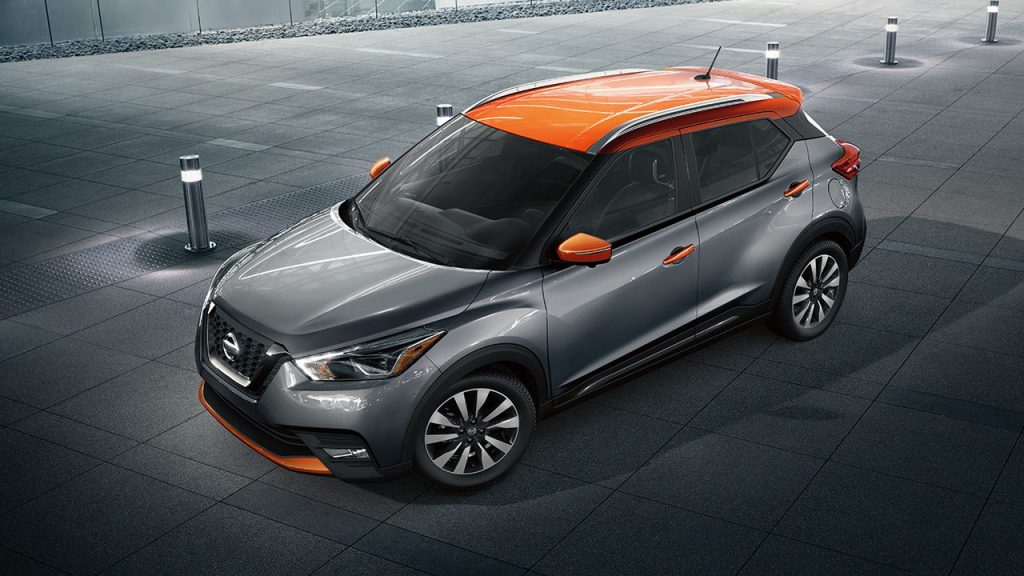 Arlington Heights has a Nissan Dealer

When you make the important decision to start looking for a new car we know you have many dealer choices. Woodfield Nissan would like the opportunity to earn your business. We have many make and models to choose from. Our trained sales staff would love you fit you with your new addition. To read more click here or drive to Woodfield Nissan and talk to a salesperson about optional upgrades available. 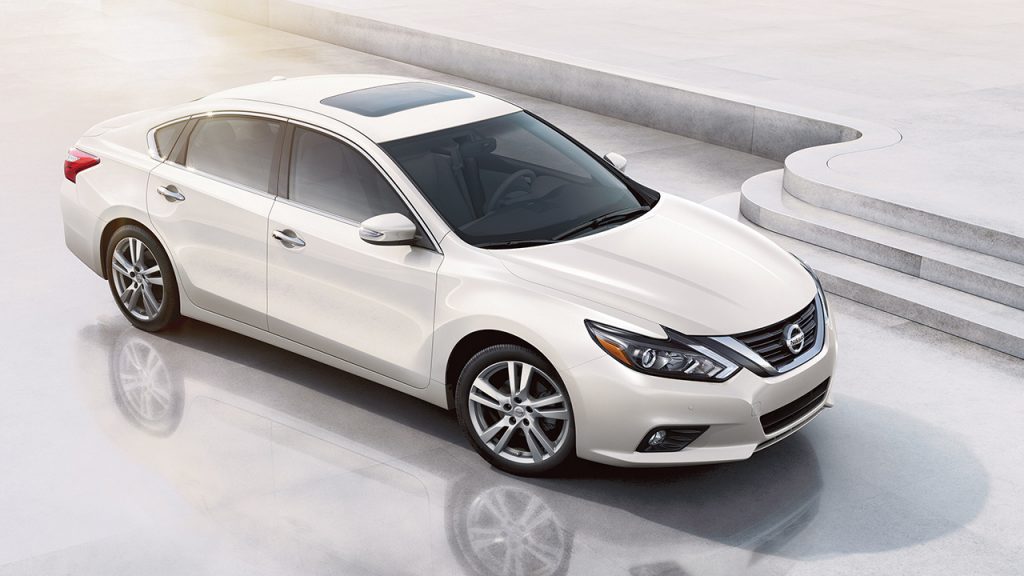 The Nissan Altima has been a popular option for car buyers who have been in the market for a midsize sedan. Since the Altima was released it has been a great choice for buyers who have been looking for a happy medium between the larger Maxima and the smaller Sentra. To read more click here or drive to Woodfield Nissan and talk to a salesperson about optional upgrades available.

Request more info on the Altima 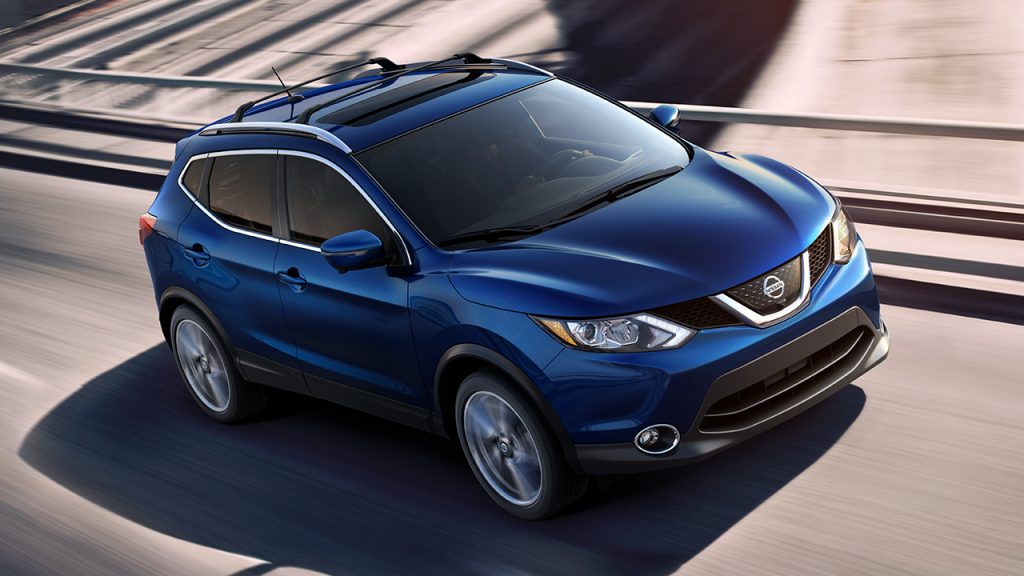 The Nissan Rogue is one of the newer models in the Nissan lineup. A compact crossover that has been designed to give drivers the best combination of innovative features, smooth performance, great body style and a reasonable price tag. The Rogue has a smaller size that makes it handle more like a car than an SUV. To read more click here or drive to Woodfield Nissan and talk to a salesperson about optional upgrades available.

Request more info on the Rogue 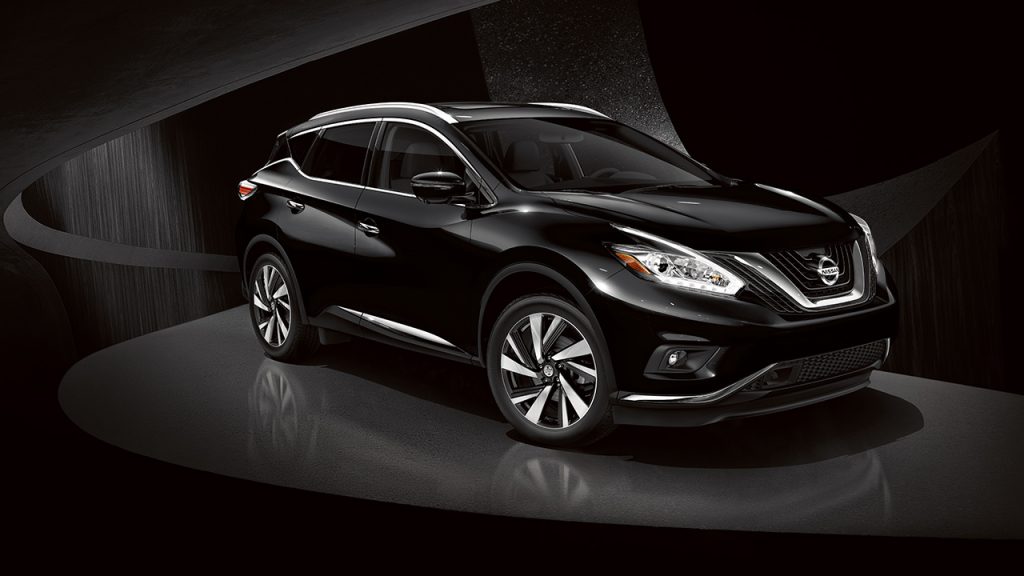 While the Murano from Nissan can be considered a crossover SUV, it was simply released as a stylish and functional alternative to larger SUVs when it debuted in 2003. The Nissan Murano has experienced two major overhauls since its debut.  It continues to deliver power behind the wheel with incredible handling. Click here to read more or stop in to Woodfield Nissan and see what you have been missing.

Request more info on the Used Nissan Murano for Sale 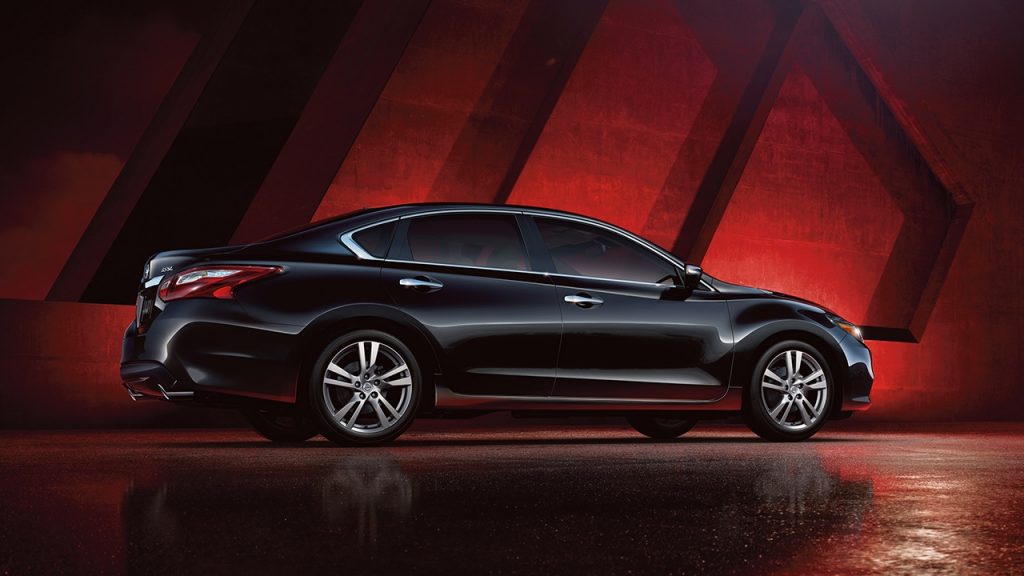 This fine car earned the top spot among mid-sized cars from JD Power, ranked number one in the U.S. Automotive, Performance, Execution and Layout (APEAL) Study, and earned Top Safety Pick from the Insurance Institute. Its no wonder the 2018 Nissan Altima gets so much attention on the road. Offered in many trim levels and colors you can make this car personal. To read more click here or drive to Woodfield Nissan and talk to a salesperson about optional upgrades available. 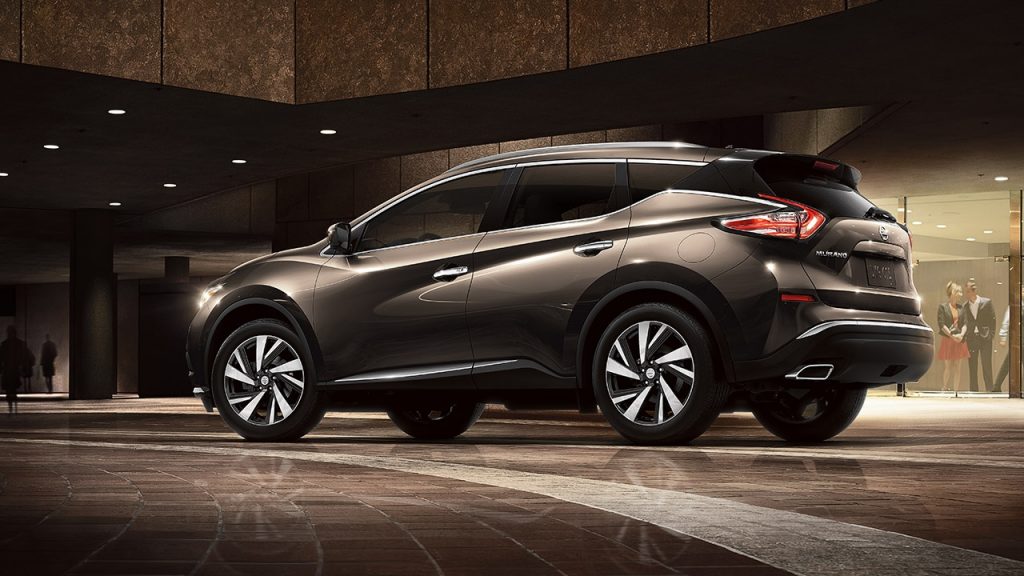 Woodfield Nissan is offering the 2018 Murano to Hoffman Estates buyers

You’ll notice from the curb the floating roof on the 2018 Murano. This isn’t just an exterior accent it’s helped along by a generous greenhouse large windows to bring the outside into the cabin. Of course, the panoramic moonroof expands your view even more. Our dealership staff can show you the many high tech gadgets that will make your life easier. To read more click here or drive to Woodfield Nissan and talk to a salesperson about optional upgrades available.